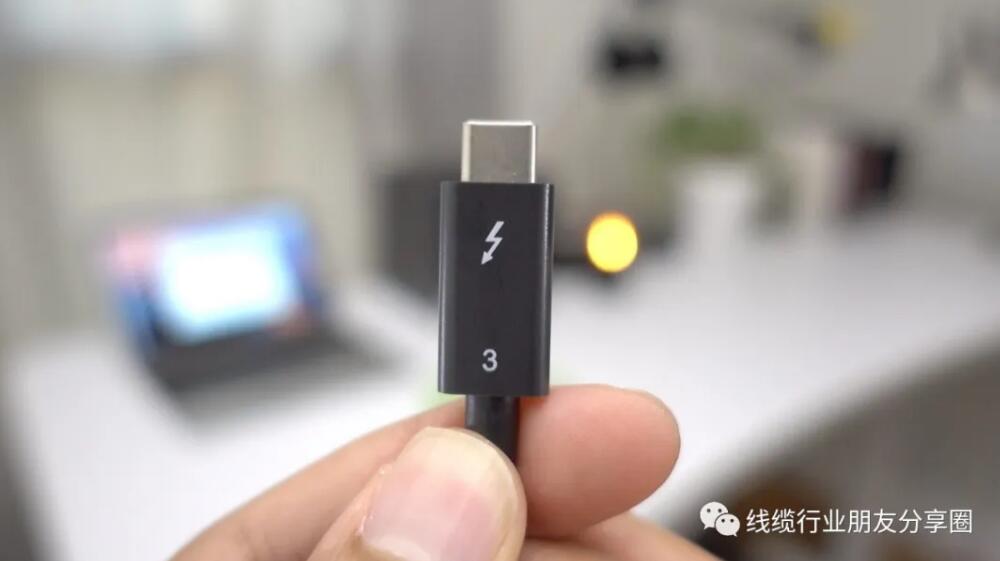 21/05/2020
Why is the Blusterous Thunderbolt Interface not yet Popular Part 2
1.As the competition between the interfaces intensifies, the advantages of the lightning system begins to weaken

The Thunderbolt interface was developed and customized by Intel. The initial interface type is mini DP. Before the Thunderbolt 3 interface came out, both Thunderbolt 1 and Thunderbolt 2 were used as high-end interfaces on the Apple MAC. After the popularization of the Tpye C interface, Intel announced that the original mini DP interface of Thunderbolt was changed to a Type-C interface, and authorization was opened. Major manufacturers can use the Thunderbolt 3 interface controller without paying a patent fee, so the Thunderbolt 3 interface became common quickly. In general, Thunderbolt 3 is a data transmission protocol, and the advantages of Thunderbolt 3 protocol lie in faster transmission speed (bandwidth up to 40Gbps) , stronger video output capability (two 4K resolution monitors) ), stronger charging capability (bidirectional 100W) and stronger external capability (support external display expansion card). Although Apple, as the adoptive father, has indeed spared no effort to change all its interfaces to the Thunderbolt 3 interface. But a few years later, we will find that most laptops on the market do not learn from Apple to unify the interface, because each has its own selfishness and their abilities are not too different from each other. First of all, they have their own selfishness. The leaders behind each interface companies have related associations and association members. Everyone is bound to take care of their own business. If their interface is not particularly bad, it is sure that the first supply chain is definitely their own factories, and the second one is buying someone else’s. The HDMI interface is the interest of the founding unit of the HDMI Association. The founding units are mainly large TV manufacturers, and currently HDMI2.1 has a bandwidth of up to 48Gbps.So they don’t have to look at Thunder ’s face unless you customize the version. Or they can use their own goods. About TV side, Thunder is helpless. Then about the PC side, it is divided into notebooks and desktops. Desktop itself is a bargain, so using a lightning interface is not necessary. What’s more, the PC interface has always belonged to the Video Electronics Standards Association (VESA) . And the MAC series is Apple ’s own so it is definitely a 100% lightning interface. However, about the laptop of PC part, it has always been the inherent site of Displayport. At present, the bandwidth of DP2.0 is already 80Gbps bandwidth, not to mention the need to use the bandwidth function of Thunderbolt. In addition, there are many instabilities in the drive, performance, compatibility and hot swap performance of Windows. And the lightning interface is not really necessary for PC manufacturers, so there are few motherboards on the market that support the lightning interface.

2.Compared with conventional video interface, it is too expensive
The high cost of the lightning interface is also an important reason for the mainstream market to be unacceptable. Although the cost of its control chip has now begun to be civilian, which is from the previous 1.5USD to today's 1.5RMB, but its manufacture of coaxial cable assemblies and the extremely difficult process of processing coaxial cables is the main factor to restrict their cost. What line Intel ’s Thunderbolt 3 data cable uses is coaxial cable. We know that the higher the frequency, the more serious the interference between the pairs. And one part of the interference of the data line comes from the external magnetic field, and the other comes from the magnetic field generated by its own pair when transmitting the changed signal. The coaxial cable uses a single shield and a shielded layer to isolate the interference signal to ensure the stability of high-frequency performance. The attenuation of signal when transmitting in a coaxial cable is related to the transmission distance and the frequency of the signal itself. For high-frequency signals, the farther the transmission distance, the greater the signal attenuation. In order to achieve the purpose of long-distance transmission of high-frequency signals, the coaxial amplifier amplifies and compensates the signal. Intel ’s Thunderbolt 3 data cable uses a coaxial cable structure. Due to the high frequency attenuation of the coaxial line, for the lightning 3 line with a length of 0.8m, only a passive chip is required, and when it exceeds 0.8m, an active chip is required to amplify the signal. The price difference of the active and the passive chip is several times, so the lightning 3 The wire generally does not exceed 0.8m. At present, there are not many wire manufacturers that can produce coaxial cables, which are mainly in several large manufacturers, such as Honglin, Space Shuttle, Jinlan, Zhongding, etc., and the price is not cheap. The quotation is generally between 15 and 25 RMB / M. Compared with the difficulty of designing the coaxial structure of the cable, the more difficult comes from the labor cost of the coaxial component processing. Overall, although they develop agreement and chip, the comprehensive cost of the cable quote are still much more expensive, compared to HDMI, USB C, DP.