HDMI cables are only produced according to the following 4 HDMI cable specifications:

KabelDirekt HDMI cables are produced according to the standard Highspeed HDMI with Ethernet and are fully compatible with HDMI 2.0 (all available HDMI features as well as resolutions up to 4K in 3D are supported). The bandwidth of KabelDirekt HDMI cables is 18,2 GigaBit/ second.
What is HDMI 2.0b
HDMI 2.0b is backwards compatible with earlier versions of the HDMI specification and the most recent update of the HDMI specification. Also enables key enhancements to support market requirements for enhancing the consumer video and audio experience.

What are the key advanced features enabled by HDMI 2.0b?
•Simultaneous delivery of dual video streams to multiple users on the same screen
•Simultaneous delivery of multi-stream audio to multiple users (Up to 4)
•Enables transmission of High Dynamic Range (HDR) video
•CEC extensions provide more expanded command and control of consumer electronics devices through a single control point
•Bandwidth up to 18Gbps
•4K@50/60 (2160p), which is 4 times the clarity of 1080p/60 video resolution
•Up to 32 audio channels for a multi-dimensional immersive audio experience
•Up to 1536kHz audio sample frequency for the highest audio fidelity
•Support for the wide angle theatrical 21:9 video aspect ratio
•Dynamic synchronization of video and audio streams

Current High Speed cables (Category 2 cables) are capable of carrying the increased bandwidth. HDMI 2.0b does not define new cables or new connectors.
What's new in HDMI 2.0
2.0 Version increases bandwidth to 18Gbps significantly. Also includes the following advanced features:
•Up to 1536kHz audio sample frequency for the highest audio fidelity
•Up to 32 audio channels for multi-dimensional immersive audio experience
•Resolutions: Up to 4K@50/60 (2160p), 4 times the clarity of 1080p/60 video resolution, for the ultimate video experience
•Dynamic synchronization of video and audio streams
•Support for the wide angle theatrical 21:9 video aspect ratio
•Simultaneous delivery of multi-stream audio to multiple users (Up to 4)
•Simultaneous delivery of dual video streams to multiple users on the same screen
•CEC extension provide more expanded command to control consumer electronics devices through a single control point
Host USB-C Port Capability: Power, Data, and Video
Some computers such as the Lenovo Yoga 910 have more than one USB-C port and they have different functions. The picture below shows that one USB-C port (left) is a charging only port while the other USB-C port (right) supports video and data. Please make sure to plug in your USB-C adapter or docking station to the right USB-C port. 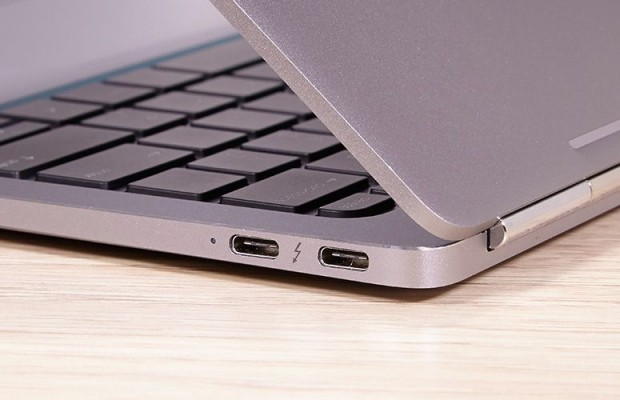 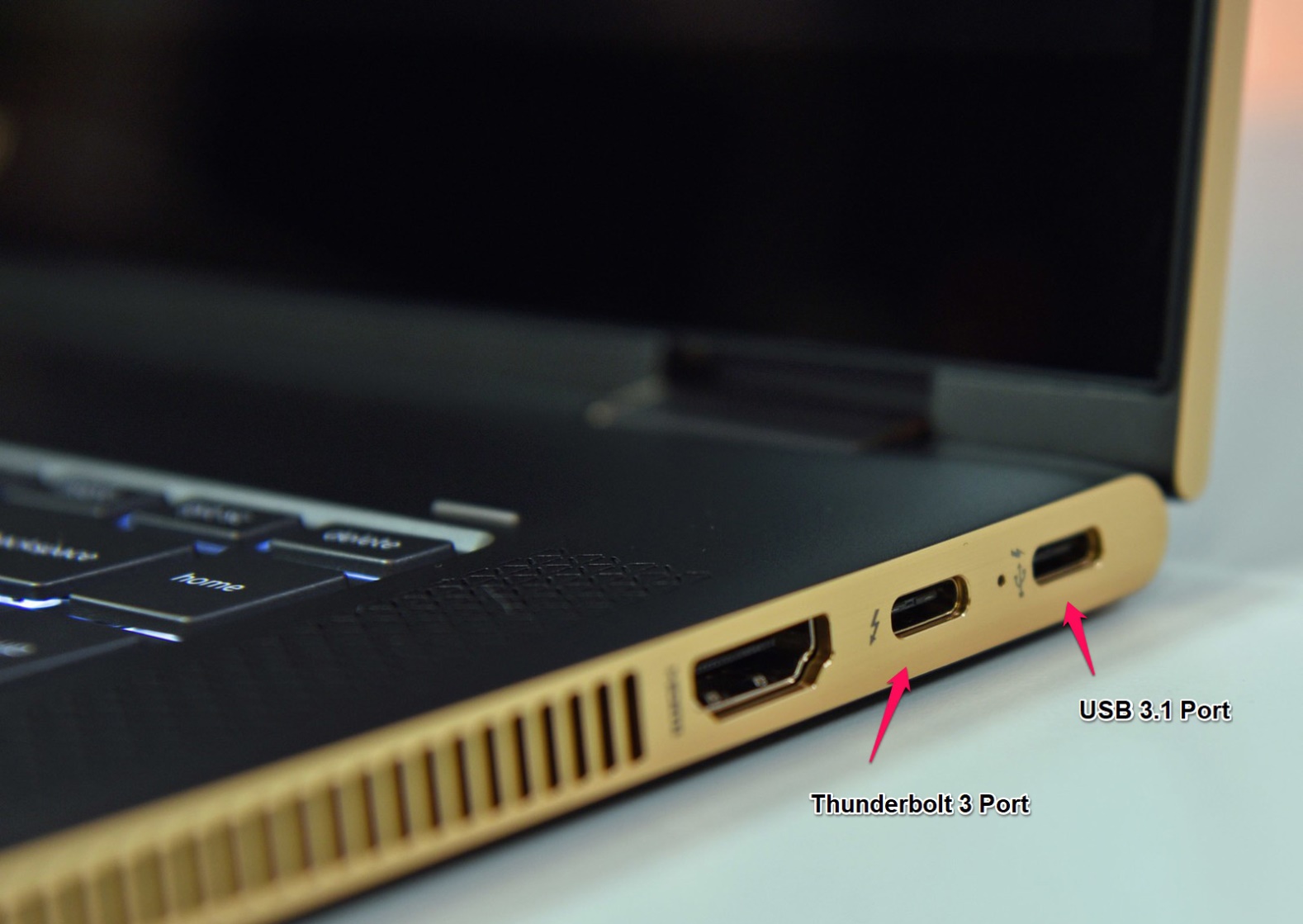